What is a position paper?

What goes in a position paper?

Position papers are very factual, and should include a lot of academic information.

A remarkable position paper should be able to be divided into three parts, with the first part including a brief introduction of your country and the history of the issue in your nation. How has your nation suffered from the problem? And what are some actions it has taken to alleviate the damage? In the second part, include your nation’s stance towards the issue, and support it with historic facts, statistics, and other information you’ve gathered from your research. In the third part, propose a solution to the solve issue. How would your country like the problem to be solved? What are some methods that your countries supports or opposes?

Most conferences specify the format required for a position paper. If the conference has not declared a format, here is a common format most conferences require for delegates to follow:

In the past few decades, the United Kingdom….. (You get the picture, right?)

*you can find a sample position paper here

What is a working paper?

What goes in a working paper?

Working papers include possible solutions to improving the current situation of the issue. Since they do not follow any type of format, usually they are a tad less formal than draft resolutions.

How do I format a working paper?

As mentioned above, working papers do not follow any fixed format. But remember to put your countries’ names at the top of the document so to let the dais team know who the submitters are!

What is a Draft Resolution?

What goes in a Draft Resolution?

COMMITTEE: (insert the committee you are in)

Clauses that introduces the issue and emphasizes its urgency. Delegates can include references to previous UN resolutions or ratified conventions/declarations. They also often congratulate countries or organizations that have put effort into ameliorating the issue at hand. 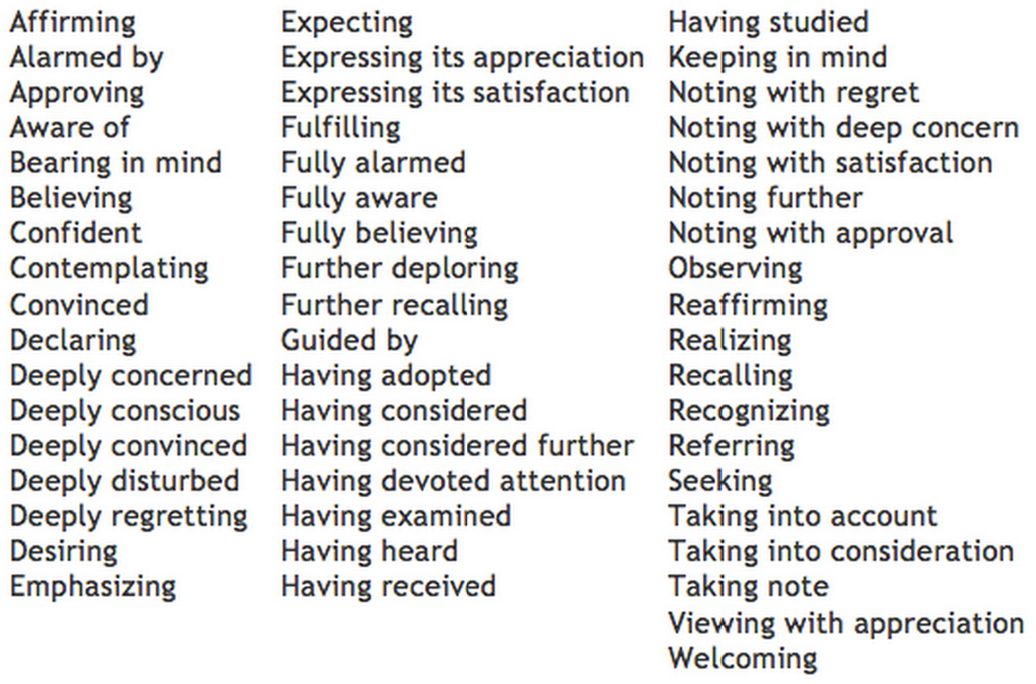 Clauses that suggest/take action to solve the issue at hand. It is important that your operative clauses are actually feasible and that they reflect the policies of the country you represent. They should not be too idealistic or else other delegates will challenge you about them.

How do I format a draft resolution?

Have any questions or suggestions? Email us at themunual@gmail.com