Not many good things come from spending an excessive amount of time lurking on social media, but this one definitely is a good thing:

After keeping a close eye on MUN for Everyone’s Instagram page (@munforeveryone), we became rather interested in the work of this fairly new organization and their accomplishments in such a short amount of time since being established. We noticed how they are based in Indonesia and believed that they would be able to provide new perspectives to our Taiwanese-based audience. Thus, after a few emails back and forth, a Skype call was scheduled for March 24th with two of our members — Sidney and Azim — as well as two of MUN for Everyone’s members — Daryl and Kevin. Within this (approximately) 2-hour call, we shared our individual organization’s backgrounds and aspirations, exchanged Model UN experiences, and discussed the differences between MUN in Taiwan and Indonesia.

What is MUN For Everyone?

MUN for Everyone is a Model UN organization that was created by a group of Indonesian high school MUNers with the purpose of assisting their MUN community and providing access to free MUN guides to anyone in need. Mun for Everyone was created late last year when the founding member, Daryl Albert, noticed after attending several conferences that many students in Indonesia do not have easy access to MUN resources. He got in touch with a few friends; they worked some magic, and (ta-da!) a free platform so students no longer have to pay for their MUN education. They have a website ( click here! ) that consists of informative MUN articles and creative works of the MUN community, and also an Instagram page with a sufficient amount of followers engaged with their periodical posts.
Their team was originally only comprised up of 4 members, but have since expanded after opening up volunteer positions. They now currently have 9 active writer volunteers from all over the world, such as Peru, United Arab Emirates, India, and the U.S. With the help of the volunteers, they hope to publish more educational guides and articles onto their website.
Possessing the mission to assist more aspiring MUNers with their MUN endeavors, their long-term goal is to acquire a broader audience and create a fundraising platform on their website that allows students to raise funds to aid them in attending local or international conferences. They believe that this additional feature will allow all students to have the opportunity to attend conferences without financial stability posing as a deterrence.

The interviewees further mentioned that MUN within Indonesian high schools is not that mature yet, however, they do see students having a vast interest in it. Within the high school MUN community, most of the delegates are from international or bilingual schools, and those from local schools mostly attend more academically-achieving schools.

Regarding the rules of procedure used, as far as the interviewees are aware of, the most common procedure used in Indonesia is UNA-USA procedure. However, UN4MUN is an emerging procedure within the country and is speculated to be a dominant procedure in the near future, noting that the biggest conferences in Indonesia have started to adopt this procedure.
Unlike, Taiwan where there’s a distinct correlation between procedure and city (ex: north → UNA-USA; central → THIMUN), as far as the interviewees are aware of, it is mainly just UNA-USA and UN4MUN procedure in Indonesia.
It is also easier for delegates in Taiwan to experience the best of both worlds due to the transportation being generally more convenient and the miniature island we live on that makes commuting from one end of the country to the other end only a couple-of-hours job, whereas in Indonesia inconvenient transportation makes it difficult to understand the MUN situation in other cities/regions.

The only working language at conferences in English. There are no conferences, that the interviewees are aware of, that have Bahasa Indonesia (the official language of Indonesia) as the working language. We think this is possibly the reason why MUN in Indonesia is facing a problem similar to MUN in Taiwan, which is an evident division between MUNers from local and international schools. While there are Mandarin conferences in Taiwan, they are not as common and developed as English conferences are (understandably so). Language is often seen as a deterrence for local students when looking into attending MUN conferences and can be evident through the criteria that most chairs layout for awards. In the opinion of the interviewees, a problem worth noting in Indonesia is that some chairs judge delegates mostly based on public speaking and English proficiency. They shared an experience in which they met a delegate at a conference that seemed to have brilliant ideas, however, was not able to receive any awards due to the inability to speak English fluently. This also a popular phenomenon that is often seen in Taiwan and delegates often condemn chairs that do not take into consideration other aspects; such as, constructive criticism, diplomatic courtesy, and debating skills.
Furthermore, the interviewees state that there have been several local schools reaching out towards MUN, however, a majority are not aware of MUN. Nonetheless, MUN for Everyone provides free resources to those willing to understand more about MUN.

Due to the fact that Islam is the most adhered religion in Indonesia, our interviewers were interested in understanding whether the beliefs of some may play a part in the discussion of certain topics. Overall, the interviewees believe that the delegates are usually quite true to their countries positions, and if they are not, it is usually due to inexperience or lack of professionalism. However, they also believe that within the country, there are generally a few controversial topics that people generally do not discuss, and therefore, might not appear within the conference room. Some of these taboo topics include: religion, ethnic background (ex: Chinese-Indonesian/ Native Indonesian tensions), and sexual orientation.

After listening to Daryl and Kevin’s stories about how MUN has intertwined its way into their lives, alternated familiarities, and obliterated insecurities, it is evident that, no matter where, MUN is capable of changing lives. This might seem like a cliche or melodramatic statement, nevertheless, it is a true statement. There might be differences between Model UN in Indonesia and Taiwan, but one definite similarity is: MUN is an opportunity. It is capable of allowing people to improve and better themselves. When you take the opportunity, it could possibly be life-changing.

Lastly, we would like to give a huge thank you to MUN for Everyone for accepting our offer to do the interview. We are glad that MUN has also allowed us to have this opportunity to become acquainted with the passionate, diligent students from MUN for Everyone. And we are glad that MUN for Everyone has eased our goal to further cultivate relations with other individuals and countries — whether it be on a minuscule or influential scale. We want to further congratulate them on their achievements and hope for further collaboration between our two organizations! 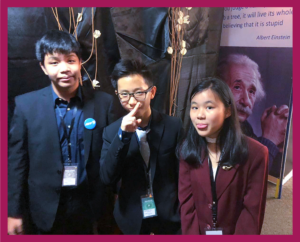 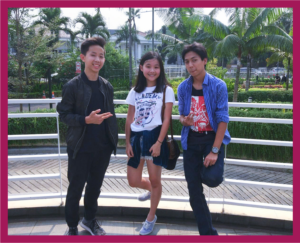